Did you know that in China there is a separate New Year celebration than the usual one on the night of December 31st? Well it’s true! Chinese New Year falls on January 28 this year and is the most important holiday in China (and other Asian countries). If champagne and sequins come to mind when you think “New Year” then this will surprise you. Keep reading so you can learn everything you need to know about Chinese New Year.

The Date Varies Every Year

The first day of the New Year falls on the new moon between January 21 and February 20. You have to check the Chinese lunar calendar every year to find what day it will land on.

Depending on who you ask, this holiday is known by multiple names. Chinese New Year, Lunar New Year, Vietnamese New Year, Spring Festival, and Korean New Year just to name a few. For the purpose of this article we will list the Chinese traditions and facts.

It Marks the Beginning of a New Animal’s Zodiac Year

This year will bring another year of the rooster, specifically the fire rooster. If you were born in 1969, 1981, 1993, or 2005 then you are a rooster and this year will be especially lucky for you!

On Chinese New Year’s Eve, families will gather to eat an enormous feast. The day itself is a public holiday in many Asian countries.

It Ends with the Lantern Festival

Family and friends again gather to eat and put up lanterns or release them into the skies. It is also celebrated with parades and dragon dances. The largest dance outside of Asia takes place in San Francisco’s Chinatown.

Most Dishes have a Significance

Fish sounds like the word “abundance” and is served whole, head and tail included. Uncut noodles (aka longevity noodles) signify a long life. Dumplings resemble ancient coins which bring wealth to those that eat them. The more you eat, the more money you can make in the New Year so eat up!

Always leave some fish still on the dish. This further symbolizes the abundance of the coming year. In addition, the head should be facing the distinguished guests or elders as a sign of respect.

Clean Your House for Good Luck

Similar to the Latino New Year tradition, cleaning your house gets rid of bad feelings and negativity. Start the new year with a clean slate by having a clean house.

At a certain age the young people of the family are expected to be married or at least have boyfriends/girlfriends. To avoid the awkward interrogation, young people can now rent fake significant others.

Fireworks are said to scare away evil spirits and demons. The largest display is set off at midnight similar to the January 1st New Year celebrations worldwide.

You think traveling during the Thanksgiving weekend is bad? It doesn’t come close to the world’s largest seasonal migration of people in China. Over 3 billion trips are taken over a six weekend period.

The monster is said to emerge from hiding to prey on humans but is scared away by the red decorations and loud noises. Nian also means “year”, so getting rid of him means getting rid of the old year.

A lion dance is performed by two people along with the Big Head Buddha. The Big Head Buddha leads the lion and sometimes teasing him. Businesses set up cabbages high up for the lion to “eat”. He will spit out the cabbage but keep the red envelope that was inside the cabbage that contains money.

There are many ways that people greet each other for the New Year. The most popular is Xīn Nián Kuài Lè! (新年快乐). It’s pronounced “sshin-nyen kwhy-luh” in Mandarin.

Billions of Red Envelopes are Exchanged

Red envelopes with cash are given by older family members to the younger members. At the workplace bosses give the special New Year bonus to the employees in a red envelope.

Here’s a cute video highlighting some of the tales from Chinese New Year:

Have you heard or participated in any of these traditions before? 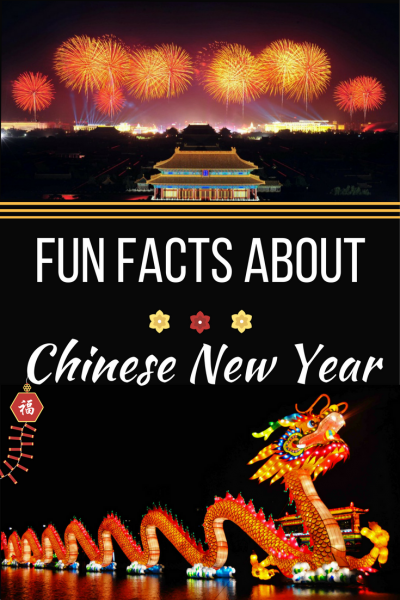