Now that the holidays are quickly approaching I began to wonder how countries around the world are preparing for Christmas. I grew up in a multicultural family and already knew some of the customs from my background but I was still curious about other places. Here are the top places I found with interesting customs and traditions. 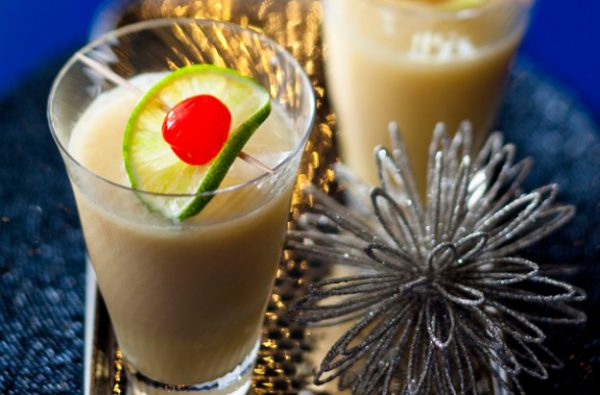 Snowball is a mix of equal parts advocaat and sparkling lemonade, garnishes like cherries and lime are optional. Traditionally snowball is made by shaking a squeeze of fresh lime juice with the advocaat and topping off the glass with sparkling lemonade. If you’re up to the challenge or don’t have bottled advocaat you can make your own by mixing 1 egg, 30 ml of simple syrup, and 60 ml of brandy. In the United Kingdom where the weather can get quite bitter, snowball is drunk as a “winter warmer” in pubs. 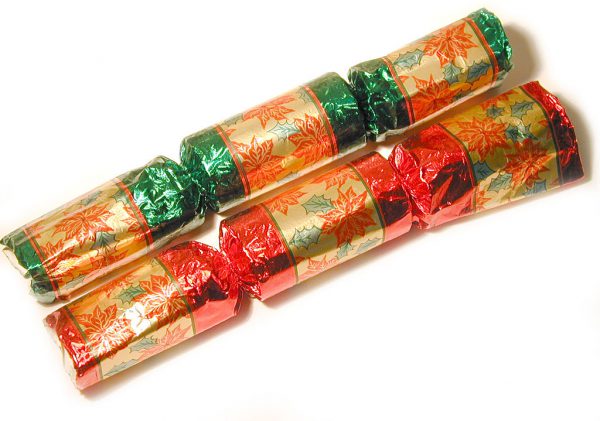 Christmas crackers also known as bon-bons are a unique tradition celebrated in the United Kingdom, Ireland, and several other countries. The christmas cracker consists of a cardboard tube wrapped in brightly colored plastic and contains small prizes in the central compartment. The two ends of the cracker are usually pulled by two people until one of the ends snap with a loud “crack”, the crack is facilitated by cardboard strip similar to what is used in a cap gun. The winner is the one who is left with the larger portion of the christmas cracker and gets to keep its prizes. 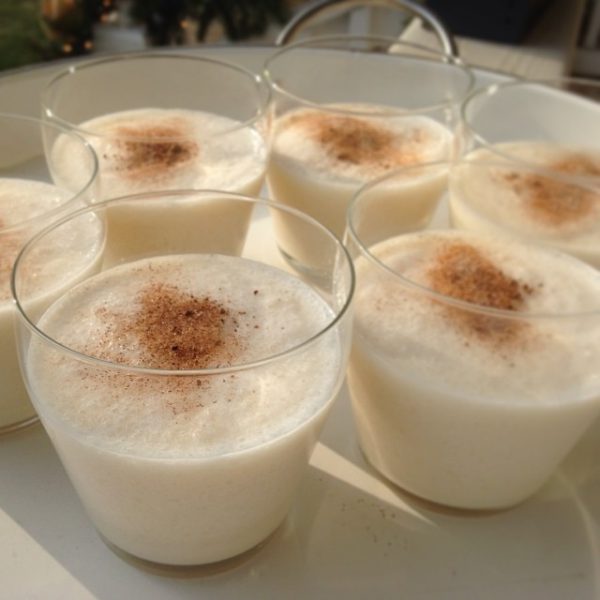 Although available in non-alcoholic versions, eggnog (when alcoholic) is also known as milk punch or egg milk punch. Made from milk, cream, sugar, and whipped egg adding brandy, rum, or bourbon can make eggnog the perfect drink for a cold winter night. Popular in Canada and the United States, eggnog is sold in grocery stores ready to drink but can also be made from scratch. Recipe: allrecipes Some commercial eggnog products add thickeners such as gelatin, so making your own is a great option if you want authentic eggnog. 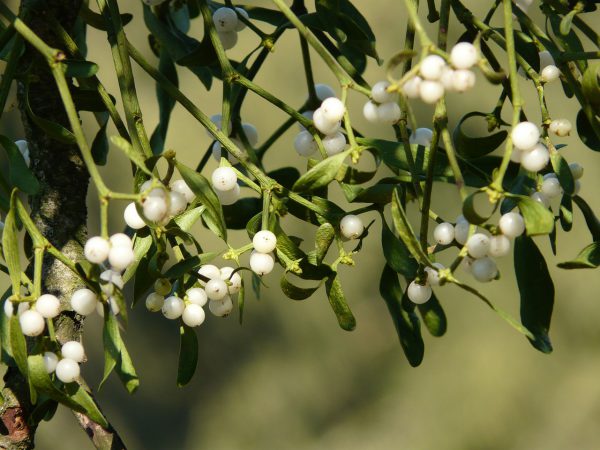 As a plant that symbolizes life and fertility, the mistletoe is part of Christmas tradition in the United States. According to custom, a man may kiss a woman if he finds her standing underneath the mistletoe. The tradition of the mistletoe has a long history and mentions of it go back to the 1st century AD in Norse mythology. As the legend was passed down through generations, the kiss under the mistletoe became the part that survived many retellings. Mistletoe is not actually a tree but is the result of a parasitic relationship between mistletoe and a tree host. Typically a bird will crush the berries of the mistletoe releasing sticky seeds, the bird eats the fruit and wipes the sticky coating on a nearby branch. 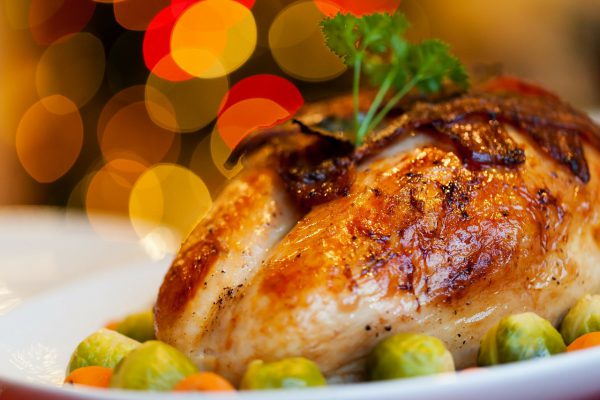 In spanish, pavo trufado de Navidad translates to Christmas turkey with truffles. The turkey is stuffed with other meats such as pork, veal, and ham creating a vessel for flavorful seasonings. Although turkey in the United States is stuffed with a herb seasoned breading, in Spain, the stuffing is made by mincing the meat from the wings and legs with pork and veal. Recipe: ctspanish The recipe includes a stock that is thickened with gelatin and the finished product is garnished with puree of apples and plums and decorate with slices of fresh pineapples and orange and with maraschino cherries. 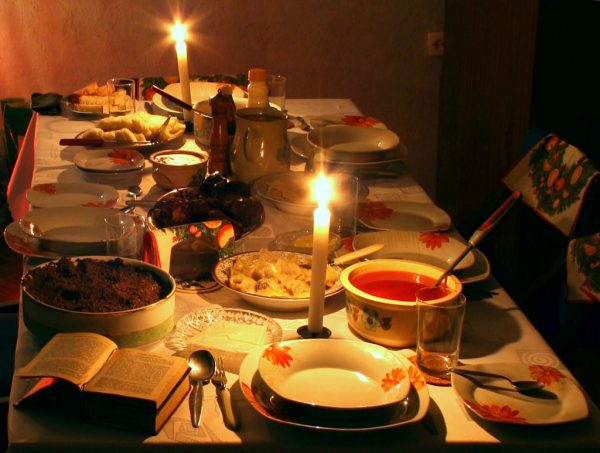 Polish Christmas Eve is a feast of 12 dishes, but the catch is that all 12 dishes don’t contain any meat. As one of the most important parts of the season, close family members are invited and special dishes are prepared for this once a year event. The number of dishes symbolizes richness, such as the 12 apostles and eating some of all 12 brings good luck for the coming 12 months next year. One of the most popular dishes is beetroot soup (red borscht), although this soup is available all year round, Christmas Eve dinner is not complete without it. Borscht has a rich purple-red color from the beets and is traditionally served with tiny dumplings and fried onion. Recipe: seriouseats Culture.pl has an extensive breakdown of this Christmas tradition and a list of all the typical dishes that are prepared culture.pl. 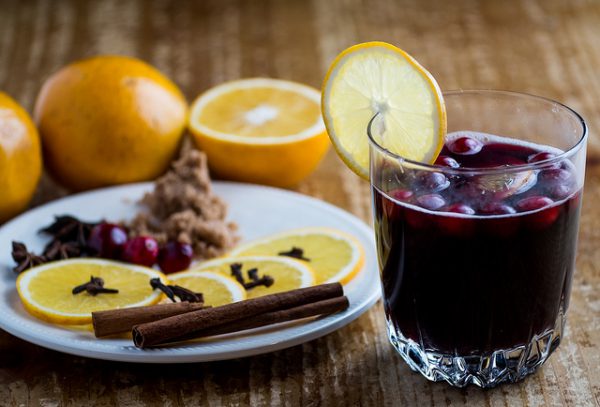 Most traditional Christmas drinks contain alcohol and Gluehwein is no exception. In German, Gluehwein translates to “glow wine” which is refers to the warm glow you get after drinking it. The drink is consumed as an after-ski drink which is perfect after a chilly day of winter sports. Recipe: allrecipes Gluehwein is prepared by heating red wine with cinnamon sticks, cloves, star aniseed, citrus, sugar and at times vanilla pods. Sometimes a shot of rum or other liquor is added but traditionally wine is the only alcohol used in making gluehwein. 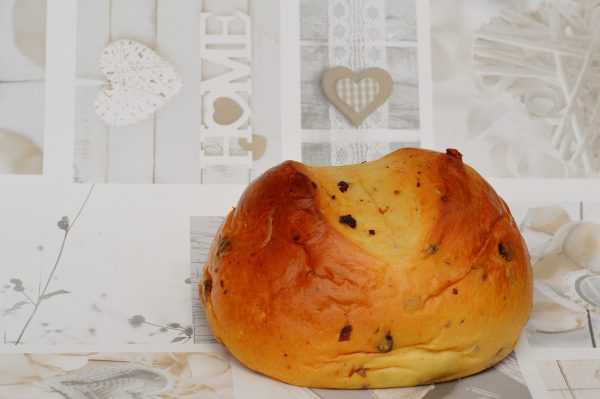 Pan de Pascua or Easter/Christmas bread is a sweet sponge cake flavored with ginger and honey. While it is called bread, it is not made from dough, it is made from batter and usually contains candied fruits and nuts. Pan de pascula is said to originate from the German stollen and the Italian pandoro.

In many South American countries as well as Turkey and Morocco, bunuelos are a popular treat during Christmas time. Although they are consumed in different varieties, the Mexican version is often served with a hot sugar cane syrup. Typically bunuelos in Mexico are made from yeasted dough with a hint of anise that is deep-fried, then drenched in a syrup of brown sugar, cinnamon, and guava 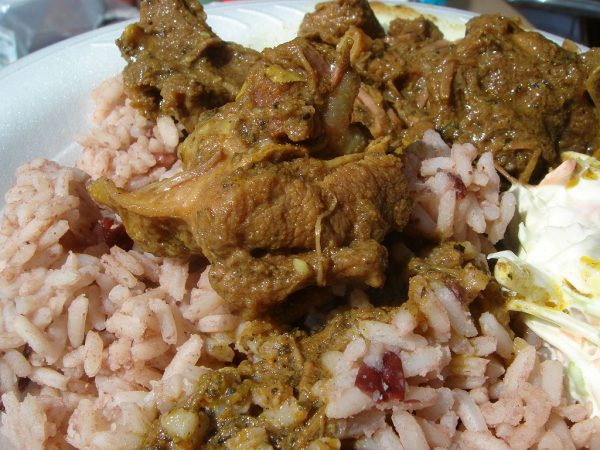 Jamaican parties are often accompanied with curried goat, where a local expert or “specialist” is brought in to cook it. Curry goat has its origins in south asia but the milder Jamaican version is very popular in Indo-Caribbean cuisine. The sauce itself pairs very well with a side of rice, in fact curry goat is almost always served with rice. Curry goat was mostly served at weddings and other celebrations but is now more frequently available.

Anyone who has walked through a supermarket during the Christmas season will notice the boxes of panettone lining shelves. This seasonal bread is an Italian original first prepared in Milan. The shape of a panettone resembles a giant cupcake and the base is wrapped in paper or plastic. You can find panettone in many flavors such as chocolate and lemon containing colorful candied fruit. 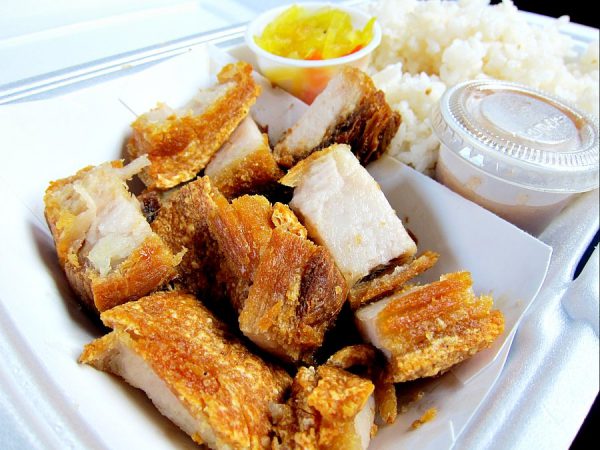 Lechon is popular in Spain as well as Puerto Rico and refers to roast suckling pig. As Puerto Rico’s national dish you can expect a real treat if invited to a Puerto Rican Christmas dinner. Traditionally the whole suckling pig is skewered, entrails removed, and cooked over a pit filled with charcoal. 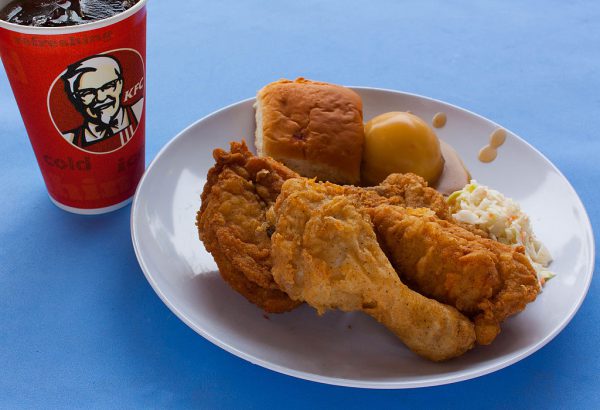 Not all Christmas traditions require hours sweating over the stove cooking a five-course meal. In Japan families celebrate Christmas by ordering Kentucky fried chicken. The tradition is not very old, in fact it originates from a 1974 campaign by KFC titled “Kurisumasu ni wa kentakkii!” (Kentucky for Christmas!). KFC now offers a Christmas chicken dinner for $40 which includes cake and champagne. The lines for the Colonel’s signature recipe can be as long as 2 hours, whereas many Japanese families order in advance to avoid the wait.

Do you know of any other Christmas customs or traditions that I didn’t mention here? 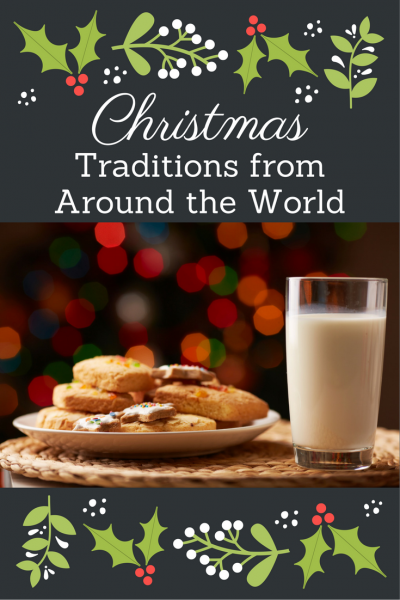